Recently one of our contributors, Warren Millar joined Scarlet as they supported T’Pau on their 30th Anniversary Tour. Warren caught up with Jessie (lead singer of the Scarlet) and gave us an insight into a day with Scarlet. In his words, heres what he had to say…

‘So last Friday I was asked by Jessie, lead singer with “Scarlet” to join them on their Shewsbury leg of their our as support for “T’Pau” on their 30 anniversary tour. Anyone that old enough to remember “T’Pau” will know their hit single “China In Your Hand” well that hit No 1 in the charts 30 years ago ! wow makes me feel very old (which I suppose I am to some folk!)

Anyway what would anyone say who had a massive crush on Carol Decker (lead singer with T’Pau) …… I jumped at the chance.

Jessie from “Scarlet” is a good friend of mine, I used to work with her and I’ve always loved her passion for music and life in general.

Jessie picked me and my camera gear up at 11.30 am on the Friday morning and together with Jessies boyfriend Joe we made our way to Liverpool first, to pick up the band gear and meet up with the other band members.

We where told to get to the venue at 4pm and guess what at 3.59 we arrived. That Jessie is one bloody good driver even if she does go round roundabouts three time just to make sure. Outside the venue just as we pulled up a big white van also pulled up and sat in the passenger seat I could see the red hair of Carol Decker , we had arrived at exactly the same time.

With the gear all unloaded into the venue (Scarlets and T’Pau’s) it was time to have a look round the place. I had, as I always do with new venues, looked at some images on line. It wasn’t as big as what I thought it would have been but seemed to have some good lighting (the first thing I tend to check out)

We then walked over to where they promoters ad set up some tea and coffee just as Carl Decker came into the place. Jessie introduced herself and Carol took the time to ask each of us our names and gave us all a lovely friendly greeting. What a lovely but very professional artist she is.

We all had a quick coffee and then a little rest while things were getting set up ready for the sound checks. During which time “G” the bass player with “Scarlet” had found “Hetty” the venues hoover and had decided to plug it in and give the place a little spring clean much to the amusement f the rest of the band.

With time getting on we all then decided to go for a bite to eat and found a nice Burger bar just round the corner from the venue. Jessie got what looked like a a very tempting milk shake to go with her burger and I must admit to wanting to nick it while her back was turned.

Back at the venue after our fill up we caught the end of T’Pau’s sound check and then it was “Scarlets” sound check, which even though I don’t know that much about this sort of thing sounded very good indeed.

So with everything set up and ready to go It was off to the “Green Room” for a chill and a drink, water only for me, one of my rules when I’m shooting is never to touch beer, even though we had enough bottles of beer for us all.

After what seemed like a very short time we got the call that “Scarlet” were on so I then go into photographer mode and nip back in and start shooting the live music stuff. “Scarlet” smashed it as always starting off with “Alone” my fave track by them.

Before I knew it I was photographing T’Pau and Carol Decker. Carol still has it rocking away like a good un and the voice is still as powerful and clear as it ever was. Her fans lapped it up.

So all in all a very good day again with “Scarlet” Big thanks to all involved, “Scarlet” , “The Buttermarket” , “T’Pau” and everyone else I was lucky to meet that day. Good luck also with the rest of the tour Jessie, Adam, G, and Jake ……. Scarlet

See more of my images from the day here :-

As an after note I did ask Jessie for her thoughts on us Gig Photographers, this is what Jessie said

“Literally, photographers document a bands existence, without them, bands would not exist in the public eye. They produce a vibe that people can connect or disconnect with- they help an audience have an opinion and bridge the gap between performer and audience making the performers almost accessible, yet their editing skills make the photographs / performer look untouchable at the same time”

You can find more of Warrens great work at http://www.warrenmillarphotography.smugmug.com&nbsp; 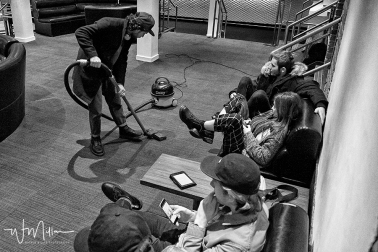 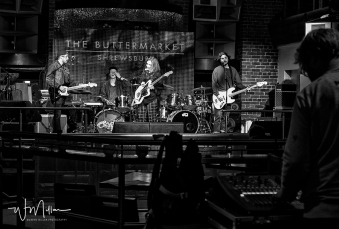